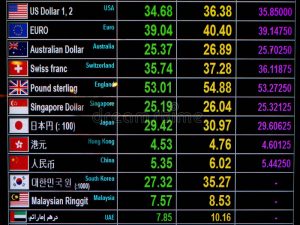 In this type of exchange, instead of waiting on the uncertainty of the exchange market, traders make a contract in which they indicate the rates they will use in a future trade. Therefore, when the day comes to make the trade, payments will be made using the price agreed upon initially instead of what the currency exchange market is offering.